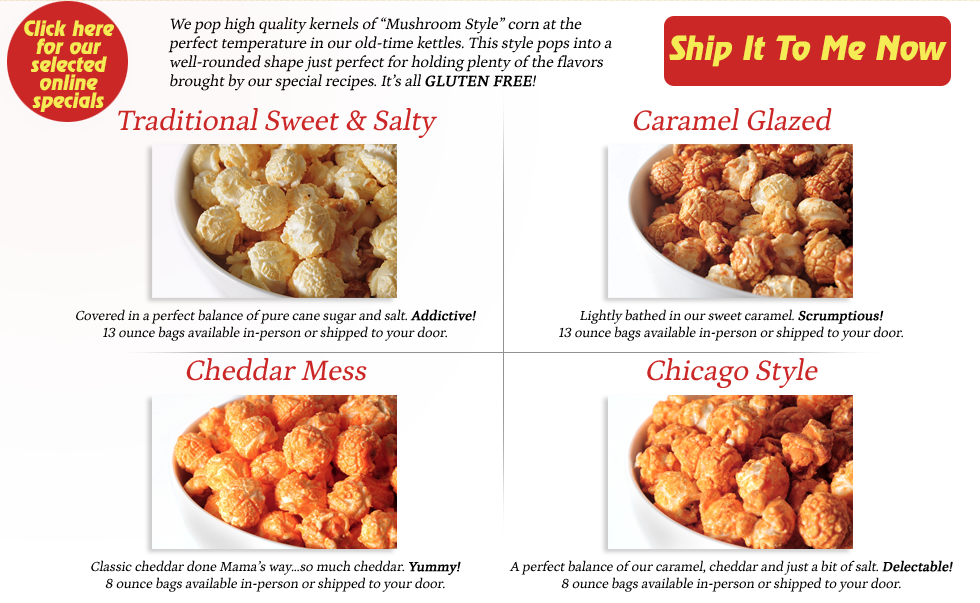 The History of Kettle Corn

So, exactly who invented Kettle Corn? Good question. One thing for sure, it's been popped for decades and only grows in popularity! Supposedly, the farmers and cowboys of the old Mid-West used to make their own version of kettle corn.

After a day of harvest, they would throw rendered fat into a cast iron pot sitting over the fire. When the fat was hot, they'd throw in some corn kernels and whatever sweetener available, usually honey or molasses. Cooking methods may have changed with the times, but kettle corn still has that same slightly sweet, slightly salty taste we're all addicted to.